Why No Sneak Peeks?

We have had a couple of people inquire as to why the store has not hosted the last couple of Yu Gi Oh Sneak Peeks. The answer is due to Konami policy.

In order to qualify to host a Sneak Peek, as well as other special Konami events, such as Yu Gi Oh Day, Konami requires stores to host at least one sanctioned tournament per month for the preceding quarter. If a store does not meet this requirement, it loses the opportunity to host Sneek Peeks until such time as it meets the requirement again.

We have not had turnout for our weekly tournaments which are scheduled at noon on Saturday. We tried moving them to Tuesday nights for a period to accommodate players, who said that was a better night for them to show up but after a couple of weeks, those players stopped showing up as well.

It is quite simple. In order for us to host special events like Sneak Peeks, we need duelists to show up and participate in the weekly tournaments, for which we charge $5.   We can run them for free if players would like but then we would only give out one pack of cards to the overall winner. Let us know if you would like this option. Be that as it may, until we have at least 4 players show up for a tournament once per month, Konami will not offer a Sneak Peek to players at the store.
Posted by Castle Perilous Games at 8:37 PM No comments:

Scott's weekly column for ICV2, this week looking at the launch of Mystic Vale and the return after a two year absence of Kittens in a Blender.
Posted by Castle Perilous Games at 10:21 AM No comments:

ICV2 announced today that Asmodee NA will acquire F2Z Entertainment which consists of the gaming studios Z-Man Games, Plaid Hat Games, and Filosofia, which in turn publish the games Pandemic and Dead of Winter, among others. What does this mean to you, the game player? Not much really. However, in the overall gaming industry, it means that every major board game publisher, with the exceptions of WOTC and Iello, is now owned by Asmodee NA. Consider that Asmodee now owns Days of Wonder, which publishes Ticket to Ride and Small World, Fantasy Flight Games, Spot It and Catan Studios, not to mention the games it produces under its own brand.

There are still lots of small game studios out there but this consolidation is typical of a maturing industry. As companies get large, they are unable to grow their sales significantly by selling more product and they find it easier to do so by acquiring other companies, as happened here.
Posted by Castle Perilous Games at 10:35 AM No comments:

Looks as if you better use those Hasting's gift cards soon.  According to this report, Hasting's plans to shutter all 120 stores by October. A good chunk of the company's problems came from attention to use a cookie cutter model for their product lines in all stores, especially in the field of comics and other pop culture items. The main office would order comics from Diamond Distribution and then allocate them to all stores, without taking into consideration the individual desires of the market in each area.  Especially in comics, one area may have heavy demand for DC while another area may have heavy Marvel presence. Assuming all comic fans like every line equally is a recipe for failure.
Posted by Castle Perilous Games at 10:27 PM No comments:

This week, Scott's ICV2 column looked at three things that go into making a good game box cover.
Posted by Castle Perilous Games at 10:38 AM No comments:

The Background of Pokemon Go

Niantic Labs, the spin-off from Google nee Alphabet, first built their Ingress game based on the Android system with the idea that groups playing the game would use GPS co-ordinates and Google Maps to converge on public spaces and battle for control of them. Millions of players attracted the attention of Nintendo and the Pokemon Company Group, who approached Niantic with the proposal to take Ingress and layer a Pokemon skin on top of it.

The game is generating $1.8 million per day for the two companies, since,while you can play Pokemon Go for free, in-game apps such as lures and incense cost pokecoins, which you have to purchase for real dollars and enough people are willing to do so that Nintendo's stock price has increased 8 to 25%, depending on who you talk to, since the game released last week.
Posted by Castle Perilous Games at 11:01 PM No comments:

Here is info on what you get in the pre-release packs this weekend: 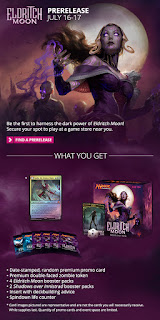 Posted by Castle Perilous Games at 7:55 PM No comments:

3 Problems with Pathfinder (from the Retailer's Point of View)

Scott's column on ICV2 this week discusses the problem with selling Pathfinder releases in the local game storel
Posted by Castle Perilous Games at 9:49 AM No comments:

Games Workshop has announced it will release the figures in its Horus Heresy game as individual pieces on July 16: 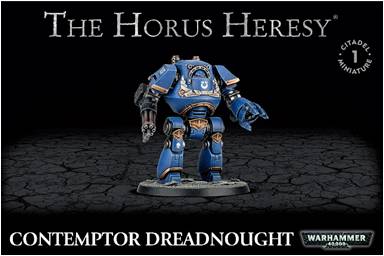 Posted by Castle Perilous Games at 2:53 PM No comments:

Here is what Fantasy Flight Games has releasing this month:

A Look at Pre-release Pricing

In this week's ICV2 column, Scott takes a look at the economics of pre-release pricing.
Posted by Castle Perilous Games at 11:58 AM No comments: