My column on ICV2 this week looking at Michael Witwer's biography of Gary Gygax:  Empire of Imagination:  Gary Gygax and the Birth of Dungeons & Dragons
Posted by Castle Perilous Games at 12:03 PM No comments:

Even Chaosium is getting into Organized Play, announcing its first ever, to my knowledge, Organized Play program, A Time To Harvest.

A good idea?  Yes, anything that gets people playing a RPG is good for the continued existence of said RPG. The problem with Call of Cthulhu is twofold:

1) The game appeals to a very small segment of the RPG community. Dedicated, yes but very small. There are only a handful of stores in the country that stock Call of Cthulhu these days, meaning it will be up to the CoC community to embrace this.

2) Currently, the Call of Cthulhu RPG is only available used or in PDF format. A Kickstarter Starter campaign awhile back raised funds for the new edition but it has not hit the market. without ready access to the rules, it id doubtful the company will attract  any new players to the OP.
Posted by Castle Perilous Games at 10:03 AM No comments:

This week's ICV2 column looks at the advantages brick and mortar stores have regarding events and why WOTC is targeting the wrong market with its D&D Releases.
Posted by Castle Perilous Games at 10:19 AM No comments:

This week's column looks at the trend in buying games as St. Valentine's Day presents, of which I heartily approve, and the new Boss Monster OP kit
Posted by Castle Perilous Games at 8:37 PM No comments:

Or Clash Packs for that matter, according to this. I now realize we didn't get solicited for any during the Battle for Zendikar launch, nor the Oath of the Gatewatch. I don't really mind the Clash Packs going away, since they never served any really good purpose, but the Event Decks were good for someone who wanted to play a game but didn't have a deck with them. We could point out the Event Deck and tell them that someone could make a respectable showing in a tournament by playing it right out of the box. Would not win but would likely not get skunked either.
Posted by Castle Perilous Games at 11:04 AM No comments:

This week's ICV2 column has my take on the recent hire by Wiz Kids of Zev Shlasinger, formerly of Z-man Games, to head up their board game division.
Posted by Castle Perilous Games at 7:54 AM No comments:

In case you missed the announcement earlier this week, Z-Man Games announced that, on March 15, it would end the exclusive distribution deal it has had in place for several years with Alliance Game Distribution, broadening its distribution channel to include not only Alliance but also Southern Hobby, ACD, GTS and Peachtree Distribution. Z-Man Games is probably best known for itsPandemic line of co-operative board games but the company also produces theCarcassonne, Agricola, Stone Age, Tragedy Looper as well as Camel Up and Dark Stories.
Z-man Games is part of the F2Z Entertainment publishing house, which also publishes the Plaid Hat, Pretzel and Filosofia lines of games and the success of Plaid Hat Games and Pretzel Games in using multiple distributors is what likely encouraged the company to end the exclusive arrangement with Alliance and move to a less exclusive arrangement with the other four distributors, which still leaves out smaller and regional distributors such as Aladdin’s and Mad Al.
By my calculations, this leaves about four publishers exclusive to one distributor or another. Alliance Game Distribution still maintains an exclusive relationship with WizKids Games, publisher of the HeroClix line of collectable superhero miniatures games; and Twilight Creations, best known as the publisher ofZombies! and its dozen or so expansions. ACD has an exclusive arrangement with Playroom, publisher of Geek Out and Killer Bunnies and the Quest for the Magic Carrot (if it ever gets back into print, copies are going for over $100 on eBay); andPersonally Incorrect, a card game similar to Cards Against Humanity, is distributed exclusively by Lion Rampant Imports. 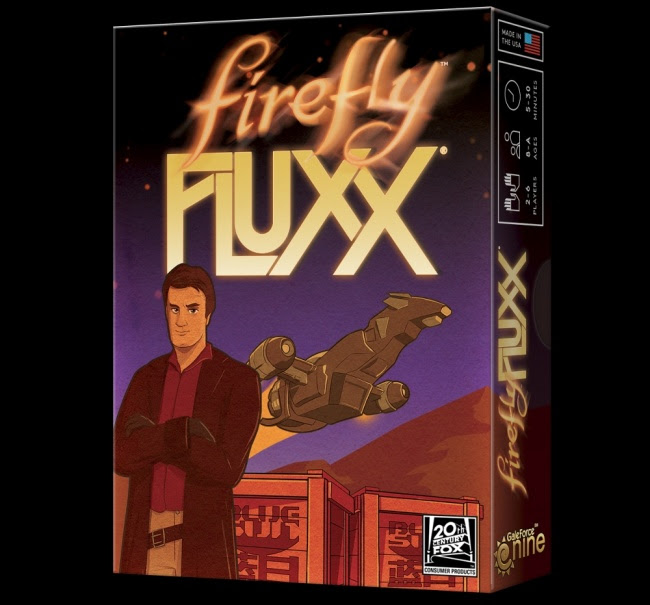 In addition, Looney Labs reduced its number of distributors a couple of years ago to two, ACD and Alliance (see “Looney Labs Cuts Distributors”), and added a third, GTS, six months ago; while whoever publishes Kittens In A Blender had an exclusive arrangement with GTS, though I am not sure if that was a permanent arrangement or just for the first (and only) reprinting of the game.

So far, WizKids seems pretty happy with how Alliance has handled distribution of their lines and, especially with HeroClix's heavy reliance on distribution of Organized Play materials to drive participation in OP events and hence sales of HeroClix products, I see no reason to expect WizKids to end the exclusive relationship now and since, from what I understand, money is involved in the ACD/Playroom deal, it is doubtful that one will change any time soon.
However, I would not be particularly surprised to hear an announcement from Looney Labs that they will expand their distribution channels from ACD, Alliance, and GTS to encompass the other two distributors as well. It would give them greater access to retailers that do not have one of their current three distributors as one of their first choices and would make it much easier for stores to restock products like Fluxx and Just Desserts as they will not have to hold off putting in an order until time to place one with one of Looney Labs' current distributors.
The thing that concerns me most about the expansion of Z-Man to additional distributors is the company’s notorious out of stock problem. Though Pandemicand its expansions remained in stock through this holiday season, this has not been the case in past years and the need to bump up production to supply the needs of four additional distributors may prove problematic for the company. I am hoping we don’t see a return to the days of Z-Man’s popular games out of stock for weeks or months again.
Posted by Castle Perilous Games at 9:48 PM No comments: