The history of one of the world's most famous cities.

London lies devastated after the Great Fire of 1666. This is your opportunity to build a new city on the ashes of the old. It is up to you how you employ the talents of the people of London to this end. Will you favor the business classes, who will earn you money? Or would you prefer to spend more money than you can rightly afford on grand monuments and sumptuous palaces? You must also deal with the problem of rising poverty and the how to employ the many paupers of the city. Throughout the game you will be forced to make tough decisions. To achieve one aim you must sacrifice another, which may open an opportunity for a competitor.

Almost 250 years of the city's history is recreated in this game. Many of the most famous buildings and monuments are captured in detail on illustrated cards. These elements are presented in a relatively simple game that can be played easily within ninety minutes.

Posted by Castle Perilous Games at 1:52 PM No comments:

Since we've had a few people ask about the specials we're running, here they are:

Thanksgiving Day--open until 6 p.m. HeroClix tournament at 4 p.m Table of items including Magic, Warhammer 40,000, HeroClix and Yu Gi Oh plus assorted RPGs and boardgames, 30% off. For every can of food you bring in, take 1% off your total purchase, to a maximum of 10%.

Black Friday--Open 5 a.m. Specials good until 10 a.m. Free bagels and cream cheese, while they last. Remaining items on Thanksgiving sale table 40% off. For every can of food you bring in, take 1% off your total purchase, to a maximum of 10%.
Posted by Castle Perilous Games at 10:54 AM No comments:

Despite the defunctedness of the Battlestar Galactica series, the boardgame (a truly wonderful game for inciting paranoia among players) has a new expansion coming out next month:

Originally expected in January, this will now arrive in mid-December along with the base game restock

Posted by Castle Perilous Games at 6:07 PM No comments:

You may or may not know Jim Ward. He worked for TSR early in its history, writing the first Deities & Demigods book as well as overseeing much of the launch of 2nd Edition. He wrote the original Gamma World and created the first Dragonball Z CCG. More recently, he served as president of Fast Forward Entertainment and has written several books for Troll Lord Games.

The point of this is that he's been in the gaming industry almost since its inception and is currently having health problems, so if you can spare a few bucks, go here.
Posted by Castle Perilous Games at 12:23 PM No comments:

This looks like "The Art of War" in an RPG context:

This abridged version of The Thousand Correct Actions of the Upright Soldier contains wisdom sufficient for the enlisted or conscripted mortal soldier, distilling the Five Elemental Wisdoms of the martial era in which it was originally recorded.

It is the responsibility of every soldier who owns one to study his Thousand Correct Actions daily. Copies of the Thousand Correct Actions that are issued to soldiers are not annotated except by the soldiers themselves. Copies of the texts printed for civilian readers, however, often include such annotations to explain nuances of translation or obscure minutia regarding military life for which the civilian likely has no frame of reference.

* Revisions and updates of original Dragon-Blooded Charms
Posted by Castle Perilous Games at 11:05 AM No comments:

Osprey has a number of new releases coming out in the near future, including its first exercise book (no, really):

Posted by Castle Perilous Games at 10:05 AM No comments:

Had a chance to look at a pre-release copy of this in October and it looks quite good. I especially like the sinking island mechanic. Island pieces get replaced one by one with water tiles, eliminating any of your pieces on the land tiles at the time of the switch:

An underwater volcano has erupted and the island of Atlantis is sinking into the sea! Unless the people of Atlantis escape before the volcano explodes, all the inhabitants are doomed! In this game you try to lead your people from the sinking central island of Atlantis to the safety of one of four islands nearby. Your people can get there by boat (if they find one) or by swimming but avoid the Sea Serpents, Whales, and Sharks! The player with the most survivor points wins.

Survive is a cutthroat game where players seek to evacuate their pieces from an island that is breaking up, while remembering where their highest-valued pieces are located to maximize their score.

Posted by Castle Perilous Games at 9:51 AM No comments:

Boardgames today remind me of Black and White comics during the 80's, the collectabel card game deluge of the mid 90s or, more recently, all the OGL stuff that released after D&D 3.0 launched, with over 100 items released per month.

After the Teenage Mutant Ninja Turtle became a hit in B&W comics during the mid 80's, we saw Radioactive Adolescent Black Belt Hamsters, Aristocratic Time Traveling Extraterrestrial Thieves and so forth, until the racks filled with piles of two color 3 adjective and a noun titled comic books. None but the Turtles still get published. After Magic hit big, the next couple of years saw 40+ different CCGs released, of which only about 3, counting Magic are still around. Of the publishers that rode the OGL wave, I can count on my fingers the number still publishing products that hit the shelves with any regularity.

So, as Yogi Berra put it, "This is like deja vu all over again" when I received an email from a distributor with fourteen boardgame releases scheduled for December. Fourteen new boardgames isn't that large of a quantity, but these are all from one publisher, Rio Grande Games. Three new ones from Avalanche Press, three from Indie Board and Game Press, and 32 more from assorted publishers. That's 52 boardgames coming out in December and I've probably missed a few. We're selling more boardgames than we did 5 years ago and the market has certainly expanded but I"m seeing the same sort of glut that hit the market in each of the categories mentioned earlier and I fear a lot of companies will go out of business before it's over.
Posted by Castle Perilous Games at 11:04 AM No comments:

Fantasy Flight Games has announced the following games will hit distribution next Tuesday so we should have them by the 20th:

Starstrike Blast Sneak Peek is this Saturday at 1 p.m. 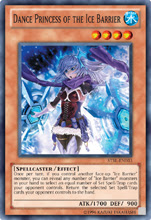 A new Monarch, Delg the Dark, is introduced, along with new Karakuri monsters, who constantly change battle position. 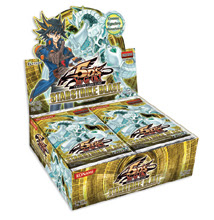 Posted by Castle Perilous Games at 7:43 AM No comments:

Posted by Castle Perilous Games at 2:09 PM No comments: