What's in a Strixhaven Prerelease Pack? 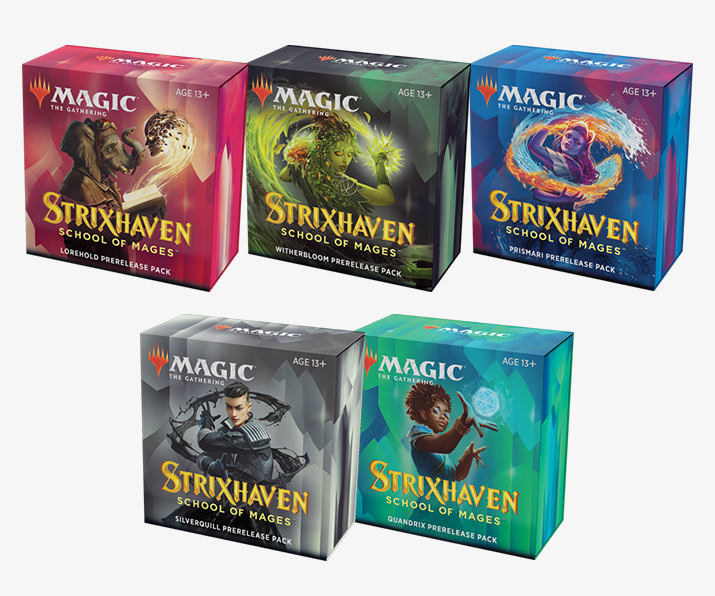 It's time for fans to choose their college and get enrolled! There are five versions of Strixhaven Prerelease Packs, all themed around one of the five colleges:

Prismari (Red/Blue): Artsy elementalists wielding fire and ice with spells that are spectacles of raw creativity.

Witherbloom (Green/Black): Witchy biologists who brew herbal concoctions to control the essence of life and death.

Lorehold (Red/White): Adventurous historians who bring the spirits of the past to life and call forth magic from ancient tomes.

Quandrix (Blue/Green): Quirky math magicians who study patterns and fractals to command and multiply the forces of nature.